This is a text widget, which allows you to add text or HTML to your sidebar. You can use them to display text, links, images, HTML, or a combination of these. Edit them in the Widget section of the Customizer.
Posted on October 30, 2017October 30, 2017 by Pierce Duncan 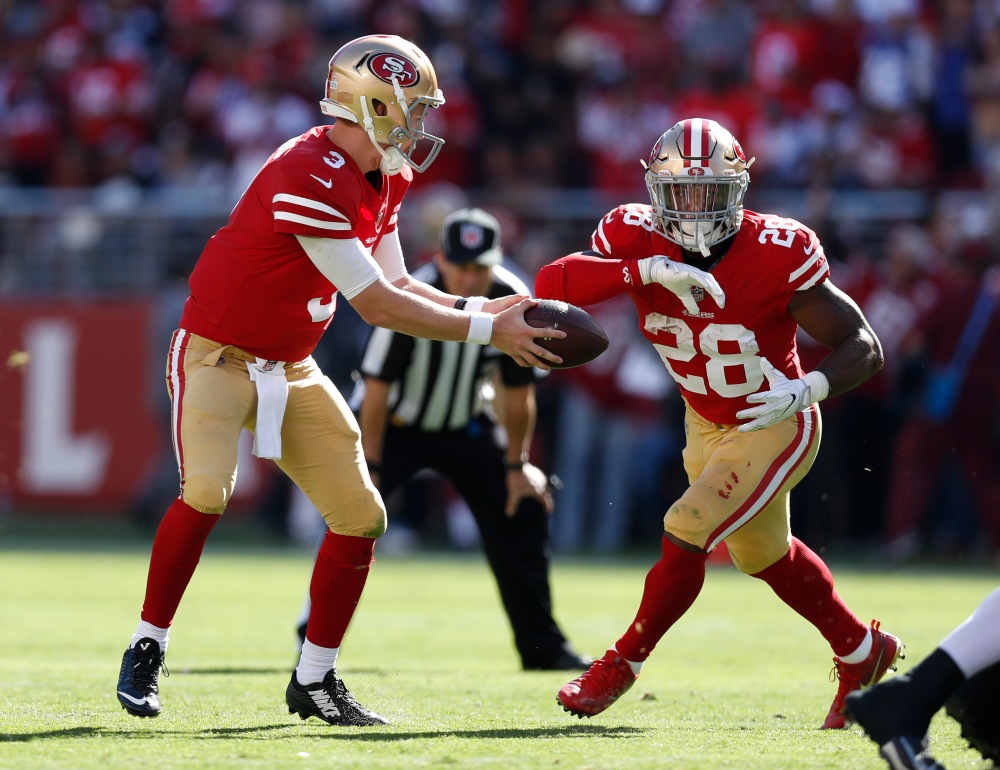 The 49ers are officially at the halfway point of the season and they have yet to win a game. Losing this Sunday to the Philadelphia Eagles puts them at 0-8.  There were plenty of negatives in this game but there were some positives.  Defensively the 49ers played well, though the score does not reflect it.  In many games this season, the Offense’s inability to move the ball effectively kept the defense on the field and it was only a matter of time before the Eagles took advantage of the situation.  Holding the Eagles offense to just 3 points in the first quarter the 49ers had a couple of standouts on defense, Leger Douzable recorded 2 sacks in the game and Ahkello Witherspoon got his first career interception which set the 49ers up in good field position and lead to a touchdown on a nice shovel pass from C.J. Bethard to Matt Breida.

Bethard seem to struggle to get the offense moving, completing just 17 of his 36 passing attempts for a total of 167 yards, 1 touchdown and 2 interceptions.This sunday the offensive line was not much help, they continued to get pushed around allowing the pass rush to get to Bethard before certain plays could even develop.  Bethard misplaced throws that if caught could have extended drives for the offense.

I have noticed from a coaching standpoint that Kyle Shanahan doesn’t seem to make many adjustments.  For example, running Carlos Hyde to the outside has not been successful at all it seems, but when running Hyde up the middle it seems to have a better outcome.  Today was no different, the 49ers could not get the outside running game going but Shanahan just wouldn’t veer away from it.  It was as if he was on a mission to make the outside run work no matter how many times Hyde was stopped for negative yards.  Hyde had a few good runs up the middle that should have made Shanahan lean more towards sticking with the inside run game but he just wouldn’t give up on the outside running plays.  That has been one of Shanahan’s biggest problems this year, knowing when to go away from something and when to try something different.

Next week the 49ers take on the Arizona Cardinals a team that they lost to by just 3 points in week 4, this could be a very winnable game for the 49ers.  Carson Palmer is out with a broken left arm and the Cardinals still lack a dominant running game even after trading for Adrian Peterson.  The 49ers defense should be able to keep the Cardinals offense in check for most of the game.  Winning this game is going to come down to the 49ers offense putting together scoring drives and Shanahan making the necessary adjustments if they want to end their losing streak.

I am a bay area native that loves to watch, talk and write about sports. My purpose for this blog is to gives readers a chance to read some unbiased opinions about what is going on in the sports world. View all posts by Pierce Duncan